Are You Stuck and In Need Of Roadside Assistance?

See What Our Customers Are Saying

Want Road Assistance in the middle of nowhere? Explore the most reliable service.

Imagine you and your friends are on a road vacation when your car unexpectedly breaks down. Along with calling your vacation to a halt, a breakdown might make it difficult to receive assistance if it occurs on a highway or a remote road with limited access to a city. At that point, Roadside Assistance can take over with Apex Towing & Transport.

When To Call A Roadside Assistance Service?

You can contact your roadside assistance service provider if you get a puncture while traveling and are unable to locate a professional nearby for a tire change. In order to fix the flat tire and get you back on the road, they will dispatch a tow truck!

Calling roadside assistance will bring you assistance if you are in an accident or your car sustains significant technical damage that renders it inoperable. Your car will be hauled by a tow truck to the auto body shop for the required repairs.

If there aren’t any emergency locksmiths available, you might have to wait all night before a tow truck arrives. Yes, a lot of road assistance firms provide lockout assistance to help drivers get inside their cars. You won’t have to wait all day while you’re locked out, thanks to prompt responses.

One of the most unpleasant experiences you may have as a motorist is running out of gas in the middle of your journey, mostly because it’s a problem that can be fixed quickly. Ask for fuel delivery by contacting roadside help that provides nearby tow trucks. 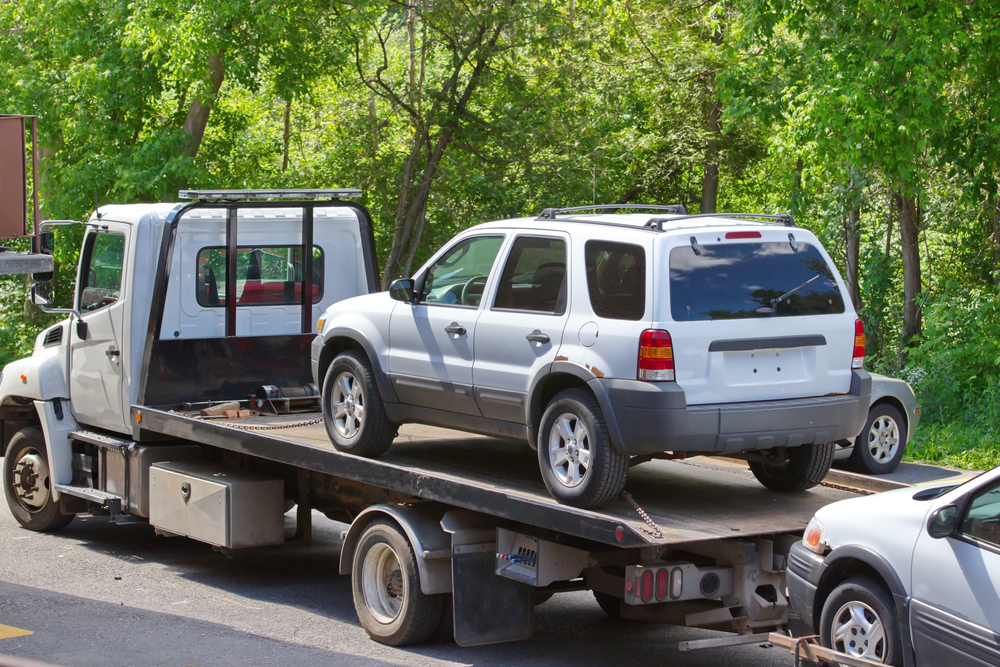 Usually, simple instruments that can be kept in a car cannot fix battery problems. Untrained people who attempt to install batteries on their own occasionally run the risk of injury, the least serious of which is being shocked. Call Apex Towing & Transport at 484-479-4645 immediately when you see some issues with your battery.

The fact that you receive a prompt response from a roadside service is one of its main benefits. A reputable provider of roadside services is aware that some of its clients may not have the luxury of waiting around for a long time and instead require fast assistance.

When compared to soliciting favors from a number of strangers, which could ultimately lead to expensive repairs or replacements, hiring a local roadside service provider in Ardmore, PA is significantly more affordable. Additionally, everyone enjoys receiving high-quality services at a fair or reasonable cost; make sure you reimburse the service provider for their appropriate share of the bill.

You most definitely can’t expect to pay simply a few dollars for a highly serious automotive problem, am I right? Give credit where credit is due, then. By using the experts, you can choose wisely right now. Give Apex Towing & Transport a call at 484-479-4645!

Our best roadside assistance in Ardmore, PA also provides 24-hour towing services. These towing services assist you in rescuing your vehicle from even the deepest ditches or after an accident. Without them, it would be challenging to locate the appropriate tools and equipment needed to tow your car. Their tow trucks are powerful, well-made, and capable of pulling even the heaviest cars. As a result, regardless of the type or weight of your vehicle, you may be confident that it will be towed. Furthermore, these businesses employ professionals who are aware of the things to consider when towing your car without causing any damage.

In Ardmore, PA, Apex Towing & Transport is a business that offers excellent emergency roadside assistance. We have been providing quality, affordable services while treating our customers with care and respect for many years. We also offer fast & reliable services in case of emergencies. You can get in touch with us (484-479-4645) at any time of the day if you need a tow truck in an emergency or to jumpstart your car.

Ardmore is an unincorporated community and census-designated place (CDP) in Delaware and Montgomery counties in the U.S. state of Pennsylvania. The population was 12,455 at the 2010 census. Ardmore is a suburb on the west side of Philadelphia, within Lower Merion Township in Montgomery County and Haverford Township in Delaware County. Originally named “Athensville” in 1853, the community and its railroad station were renamed “Ardmore” in 1873 by the Pennsylvania Railroad, on whose Main Line, west out of Philadelphia, Ardmore sits at Milepost 8.5. The Autocar Company moved his headquarters to Ardmore in 1899 and constructed a factory on the edge of the downtown area. The factory closed in 1954; during demolition in 1956, a major fire broke out that threatened the downtown area before it was extinguished.

Ardmore’s train station is served by SEPTA Regional Rail’s Paoli/Thorndale Line (commuter) and Amtrak (intercity) passenger trains. Residents and visitors enjoy several recreation areas, including South Ardmore Park, which is located in neighboring Wynnewood, though many mistake it for Ardmore. Suburban Square, opened in 1928 as one of the earliest shopping centers in the United States, is located adjacent to the Ardmore train station. Ardmore contains the nation’s first suburban branch of a major department store, the former Strawbridge & Clothier which opened there in 1930; the former Suburban movie theater-now Not Your Average Joe’s Restaurant; the newly relocated Ardmore Farmer’s Market; an Apple Store, and the usual selection of mall shops. Other landmarks within the Ardmore Progressive Civic Association borders include the Ardmore Post Office and Ardmore Public Library (part of the Lower Merion Library System) on South Ardmore Avenue; the Ardmore Ice Skating Club on Greenfield Avenue; a public swimming pool; lighted tennis/basketball courts; the community center known as “The Shack”; and two senior housing projects.