Emergency towing services
when you need them The most

See What Our Customers Are Saying

It’s crucial to know who to contact if you ever find yourself in a jam and your car is trapped in the middle of nowhere. And what would come to any sane individual’s mind if not calling for a tow truck service. However, not all services guarantee the same stealth; some have more training and expertise than others. Try Apex Towing & Transport if you need a dependable 24 Hour towing service in Ardmore, PA.

When Should You Call A Tow Truck?

When you consider an emergency towing situation, this is generally what comes to mind first. Unfortunately, accidents happen frequently on the road. Your car might not be able to move if you are in an accident. To get it off the road, a towing vehicle will be required. The driver will drive your vehicle to the nearby garage or service station. It might be sent to a scrapyard by the towing vehicle if the damage is too severe.

You can get your automobile towed if it develops engine issues and breaks down by calling a tow truck driver. A driver and mechanic will be dispatched to arrive at your location and immediately fix your vehicle. If they are unable to resolve the issue on the spot, they can tow it to a garage or service center close by.

When you’re stranded on the side of the road in an unfamiliar location with little chance of finding a gas station nearby, running out of gas is not only annoying but also potentially dangerous. To help you regain movement, a towing firm can also do fuel delivery. When calling us at 484-479-4645, don’t forget to specify the quantity and kind of fuel you require.

Although changing a flat tire can seem like a simple procedure, not all drivers can manage it. If you make a mistake, your life could be in danger, and your car could sustain further damage. Calling Apex Towing & Transport for roadside help in Ardmore, PA is the best course of action if you’re unsure about replacing it. The tow truck operators will be delighted to do the tire change for you.

Unable to start your car because of a dead battery. A tremendous inconvenience may result from this, especially if it occurs after midnight or in a remote location. A towing service can give you a jump start in this situation and get you back on the road quickly. Give us a call at 484-479-4645 to help you in yout crisis. 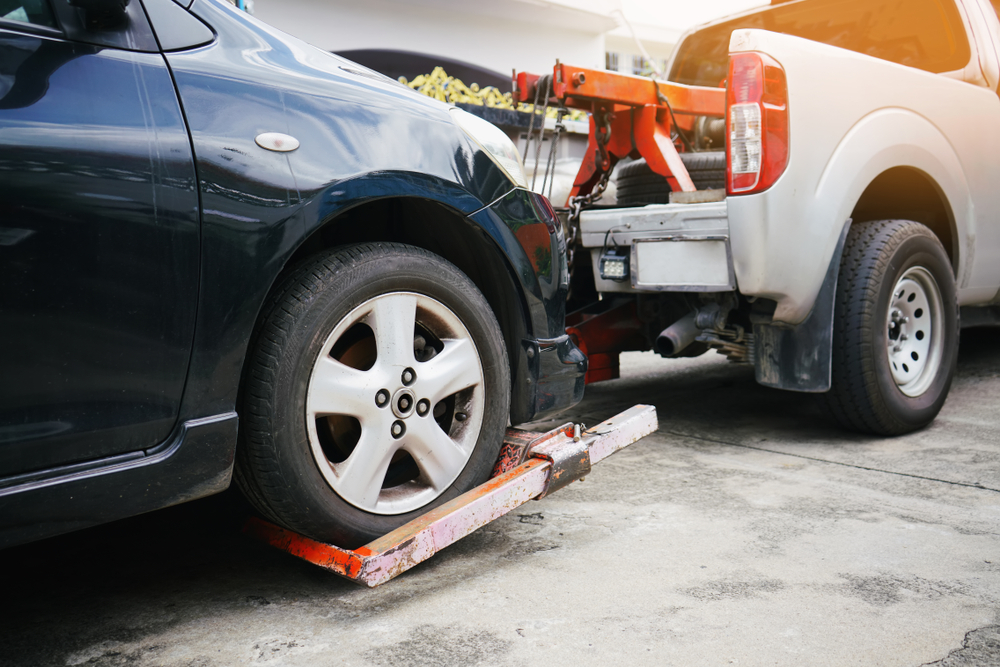 Reputable towing businesses employ technicians who have experience handling vehicles just like yours. They can transport your car with fewer difficulties and issues thanks to this quality.

By sending out speedy response teams, reputable towing businesses can assist you in getting out of such jams quickly. These arrive at you quickly and transport you to secure areas or handy maintenance facilities.

Reputable towing companies provide 24-hour service. As a result, all you need to do if a damaged or malfunctioning car leaves you stranded in your driveway, on the road, or anywhere else at any time is make contact with a business that offers easily available transportation services.

By calling a reliable towing company like Apex Towing & Transport as soon as it occurs, you can prevent a breakdown from ruining your day or turning into a dangerous situation. In Ardmore, PA , and the surrounding areas, we provide prompt, dependable towing and emergency roadside assistance every single day. Different vehicles can be handled by our skilled technicians at reasonable costs. To employ our quality, affordable services, get in touch with us right away at 484-479-4645.

Ardmore is an unincorporated community and census-designated place (CDP) in Delaware and Montgomery counties in the U.S. state of Pennsylvania. The population was 12,455 at the 2010 census. Ardmore is a suburb on the west side of Philadelphia, within Lower Merion Township in Montgomery County and Haverford Township in Delaware County. Originally named “Athensville” in 1853, the community and its railroad station were renamed “Ardmore” in 1873 by the Pennsylvania Railroad, on whose Main Line, west out of Philadelphia, Ardmore sits at Milepost 8.5. The Autocar Company moved his headquarters to Ardmore in 1899 and constructed a factory on the edge of the downtown area. The factory closed in 1954; during demolition in 1956, a major fire broke out that threatened the downtown area before it was extinguished.

Ardmore’s train station is served by SEPTA Regional Rail’s Paoli/Thorndale Line (commuter) and Amtrak (intercity) passenger trains. Residents and visitors enjoy several recreation areas, including South Ardmore Park, which is located in neighboring Wynnewood, though many mistake it for Ardmore. Suburban Square, opened in 1928 as one of the earliest shopping centers in the United States, is located adjacent to the Ardmore train station. Ardmore contains the nation’s first suburban branch of a major department store, the former Strawbridge & Clothier which opened there in 1930; the former Suburban movie theater-now Not Your Average Joe’s Restaurant; the newly relocated Ardmore Farmer’s Market; an Apple Store, and the usual selection of mall shops. Other landmarks within the Ardmore Progressive Civic Association borders include the Ardmore Post Office and Ardmore Public Library (part of the Lower Merion Library System) on South Ardmore Avenue; the Ardmore Ice Skating Club on Greenfield Avenue; a public swimming pool; lighted tennis/basketball courts; the community center known as “The Shack”; and two senior housing projects.